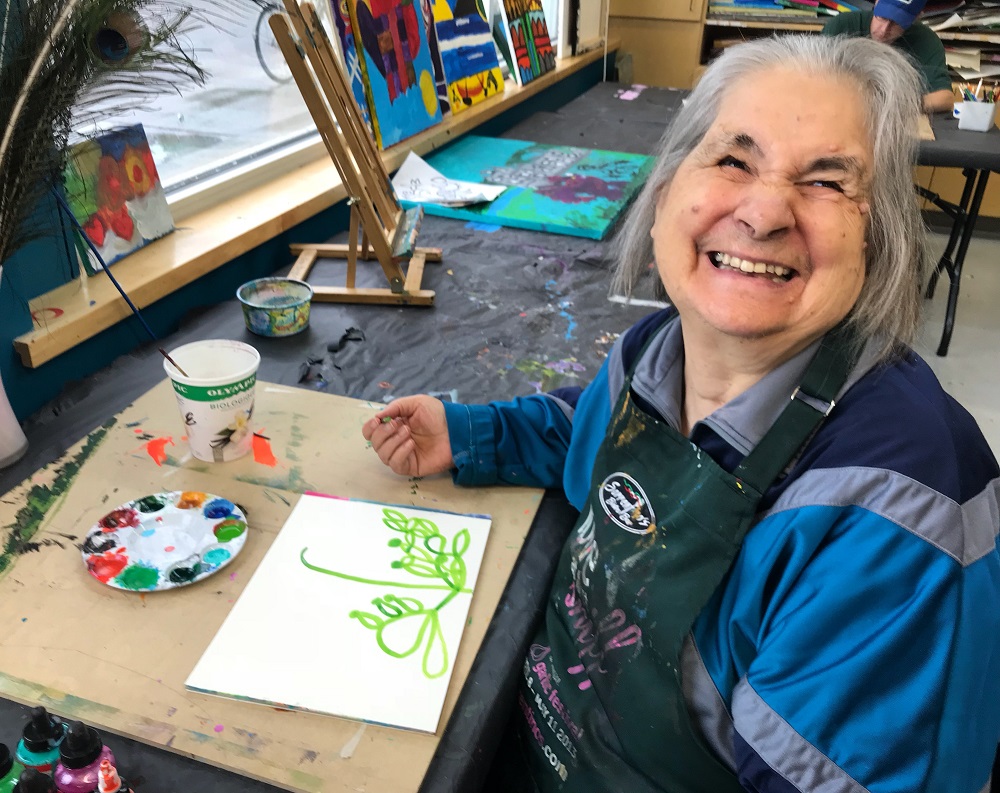 Born in West Germany in the midst of World War II, Ulrike (Uli) Rossier came to Canada when she was 23. For nearly twenty years, she has been an esteemed fixture in Edmonton’s visual arts community. She typically works in ink and oil pastels. Green is her favourite colour as it represents life. Rossier is a prolific painter and has exhibited her work widely, both locally and internationally. Her work has been acquired by the Alberta Foundation for the Arts’ permanent collection and has been featured as large-scale reproductions in the Edmonton Convention Centre, EXPO Centre, and on billboards.

In 2021, Uli was chosen as the Nina’s Artist of the Year and had a solo exhibition in multiple locations throughout Edmonton.

Artist of the Year

Selected by the Creative Team at the Nina the ARTIST OF THE YEAR is an artist who has demonstrated a consistent commitment to their growth as an artist over a period of at least two years. This artist has developed a vision for their own art making which can be seen through the development of consistent identifiable style and a persistent interest in media or subject matter, resulting in artworks that are consistently chosen for exhibition or sale.