on the road with Leona

Finally, the day had arrived!  September 22 – the road trip to Grande Prairie.  Van loaded, Rona Fraser, Leona Clawson and I were ready to embark on another Nina adventure.  Leona’s exhibition, Wooooodland, was being installed this day at 114 Place in Grande Prairie.  The advance team (Sue Seright, David Janzen, Cynthia Sentara and Sue Hopkins) had left the day before with all the pieces for the show.  With the party starting in less than eight hours, they had their work cut out for them and we had a lot of miles to cover!

Leona, who has often painted landscapes, had been looking forward to the drive up to Grande Prairie, hoping to be inspired by the scenery.  She suddenly announced that she was looking for stooks.  After some consultation and a quick check on the web, we confirmed that indeed there is such a thing – pointy mounds of hay – but it seems these have gone out of fashion in favour of big round bales.

Leona is such a joy to be with.  She sees the humour and the positive in every situation and takes great joy in living every moment.  “This is nice, riding along looking at the scenery,” she’ll say, and you are reminded that, indeed, it really is nice.  A couple of times, she asked if Charlie, a key character in her exhibition, will be in the show.  Charlie is life-sized and the first three-dimensional piece to be created in the process of bringing to life a series of quilt pieces Leona had embroidered.

A  quick change at the hotel and it was time for the reception at 114 Place.  Apparently, there had been quite a buzz created during the day as the show was installed.  The Nina and Leona are extremely grateful to Stantec for its generous support.  This is the second year that one deserving artist from the Nina Artists’ Collective has been selected to have their work shown in various locations throughout the year, exposing them to a much wider audience.  As this year’s Stantec Artist of the Year, Leona’s work has already been shown in three other venues and it will travel once more, this time to the Rutherford Library at the University of Alberta.

It was an honour to be welcomed to Grande Prairie by Mayor Given and to meet his colleague, Mayor Chris Turnmire (Town of Wembley).  Stantec’s Edmonton and Grande Prairie offices were well represented and it was especially nice to have VP Keith Shillington on hand to speak about the program and recognize Leona.  Keith and his wife have been active supporters, attending several exhibit openings and even becoming patrons for one lucky artist from the Collective.

Great food, live music (thank you Curtis and Kim Smith!) and lovely memories.  The party ended but the show goes on…Wooooodland will be on exhibit at 114 Place until the end of October.  Plans were being hatched at the event to bring grandkids, school kids and college art students to see the exhibit.

Of course, what would a road trip without a trip to the local gallery and Grande Prairie’s art gallery is a big, beautiful new building.  Leona was especially taken with the exhibition, A Sublime Vernacular: The landscape paintings of Levine Flexhaug, a show curated by Nancy Tousley and Peter White.  This was the first overview of this prolific artist’s work (1918-1974) and it was certainly impressive in scale.

Leona was thrilled to find a hard cover book capturing many of the images featured in the exhibition.  She studied it most of the way home and is already planning a new set of landscape paintings once she is back in the studio on Monday.

Huge thanks to Stantec, 114 Place, Rona (event planner extraordinaire!), Dave, Sue S., Cyn, Sue H. and students from Grande Prairie Regional College for another brilliant installation of the work and, last but certainly not least, to Leona Clawson for sharing her warmth, whimsy and artistic vision.

Thanks for an amazing adventure!

next post: new voices hit all the right notes → 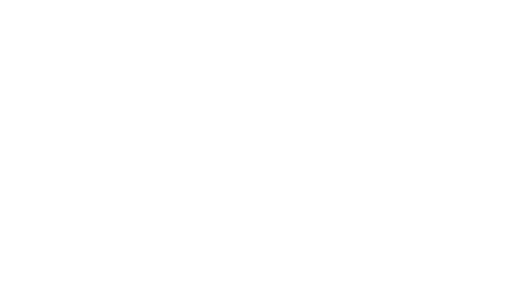