individuals with autism find a home at Nina 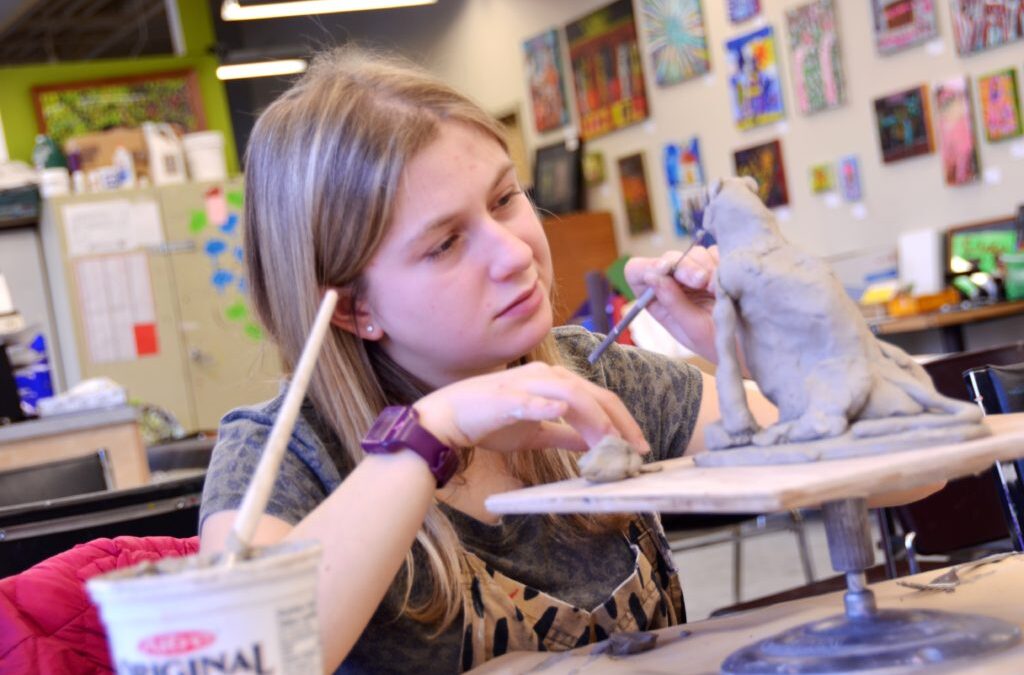 It’s a sunny Saturday in January and the Nina Haggerty Centre for the Arts is bustling with the enthusiastic energy of kids, teens, and young adults creating. The morning sees 9 year-old Ahmed at the media centre, paging through cartoon montages for inspiration. Within minutes, he produces a near-perfect replication of his favourite characters in pencil and paint. In the afternoon, 13 year-old Danny is experimenting with mixing colours for an abstract masterpiece. And later, as the winter sun slides toward the horizon, 18 year-old Ellen painstakingly carves minute details into a clay sculpture. 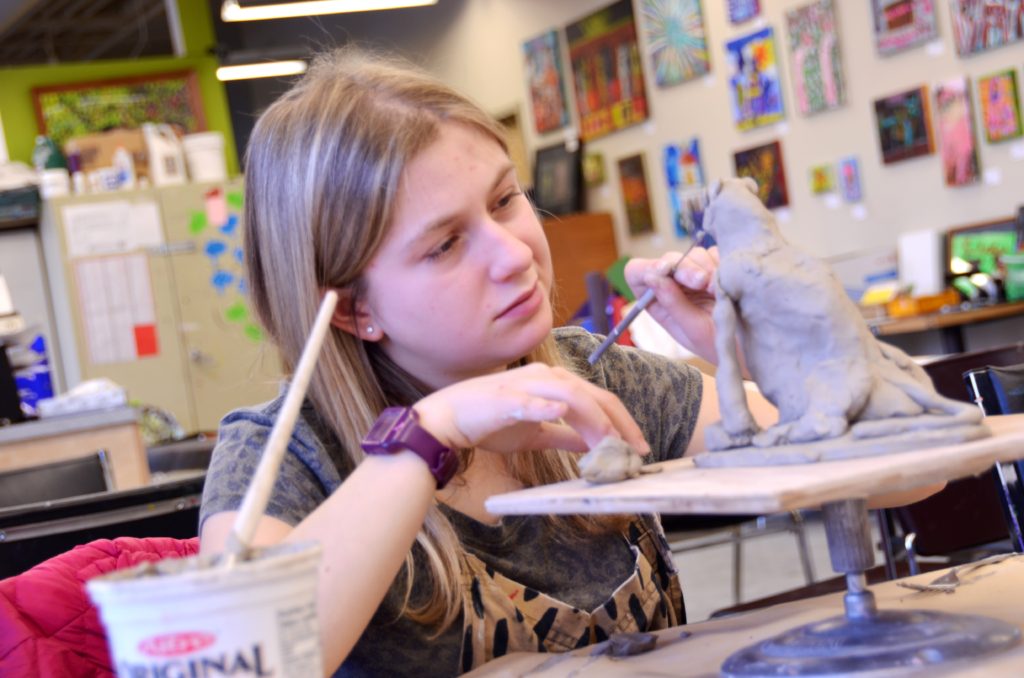 All three are exploring their creativity, using visual arts to communicate, and discovering the joy that comes with making art. And all three have Autism Spectrum Disorders. They are at the Nina Haggerty this day, along with two dozen others, participating in the Centre for Autism Services Alberta’s Visual Arts programs for children, teens, and young adults. 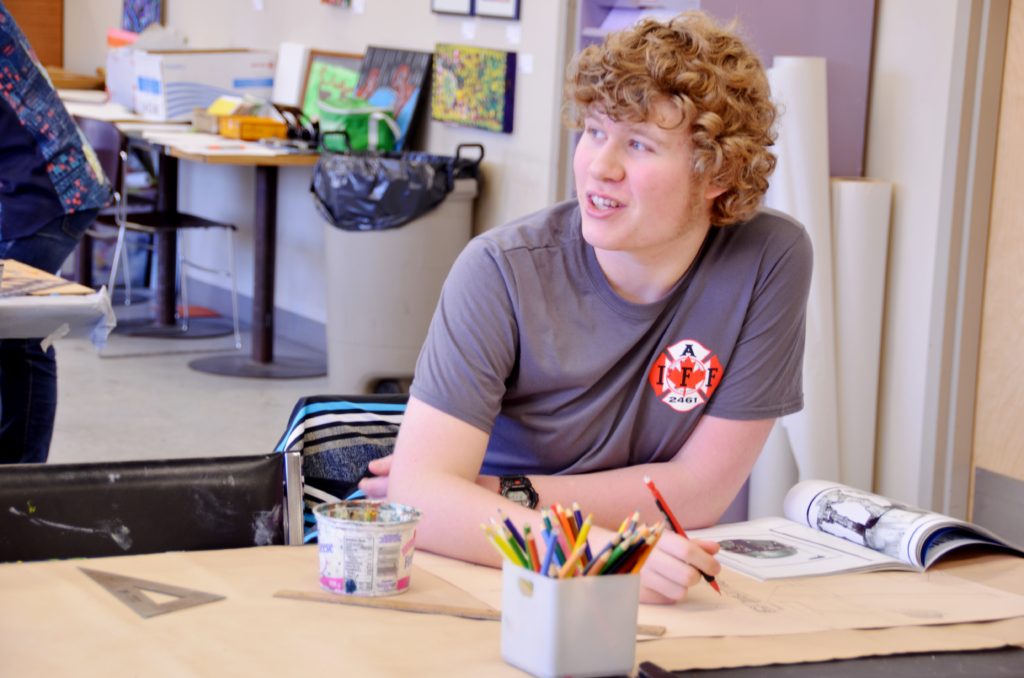 Among the young people diligently creating at the Nina Haggerty this particular Saturday are some who require near-constant support, some who can communicate verbally and some who cannot, and some whose symptoms are nearly invisible. But each child, teen, and young adult present is overcoming his or her own challenges one brush or pencil stroke, one cut or carve at a time – realizing the power of art. 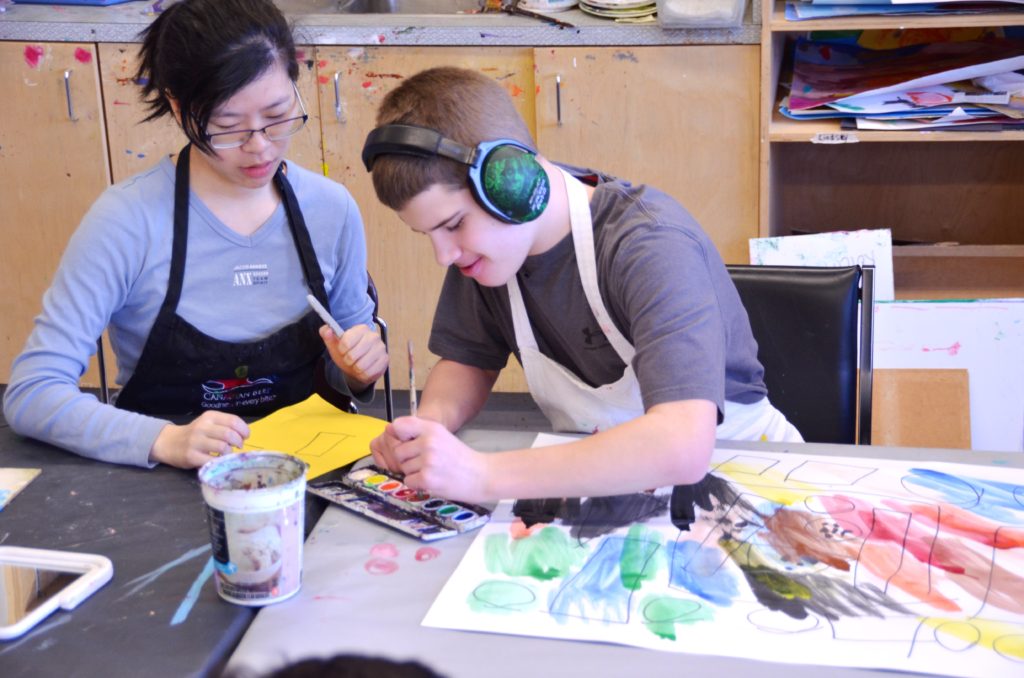 The Centre for Autism Services Alberta developed its Visual Arts programs in partnership with the Nina Haggerty Centre for the Arts thanks to a seed grant from the Edmonton Community Foundation in 2013. The three age-based programs are among an array of enrichment programs offered by the Centre which include mental health and social programs, sports and recreation, cooking, summer camps, and life skills/independence programs for teens and young adults. 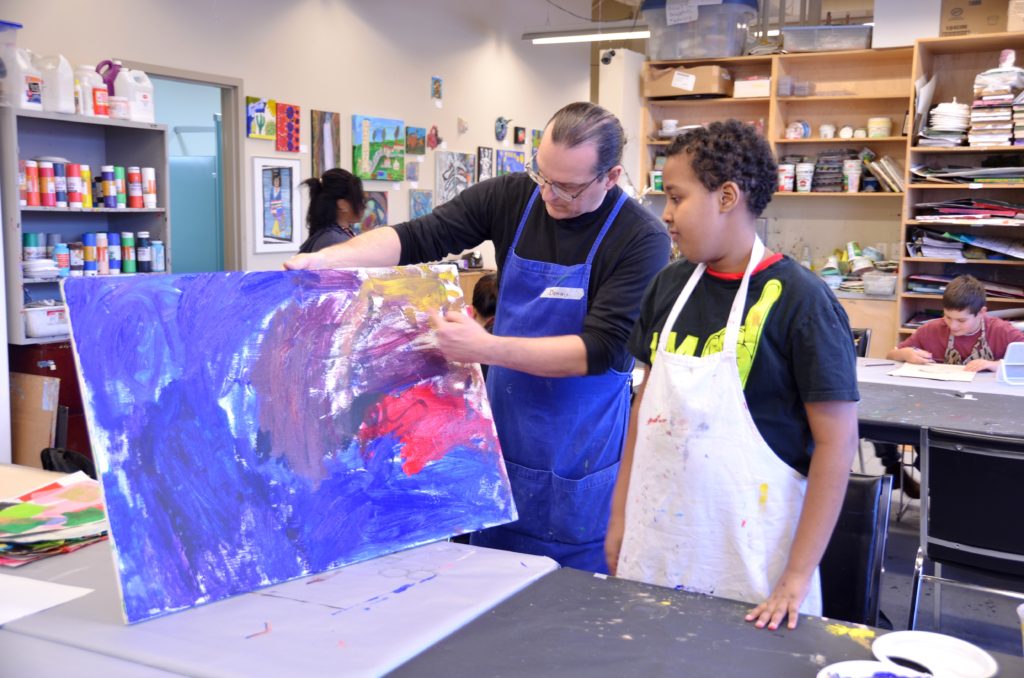 Instructor for the classes, Dennis Yowney has a great rapport with artists in the studio

The impact of the Visual Arts programs has been profound. On a beautiful Saturday in April, the Stollery Gallery is buzzing with the Centre’s annual Art Show and Sale. One boy allows himself to be photographed alongside his work – a first. A teenager clearly and carefully talks about his art to a television reporter. A mother marvels at what her son has created, exclaiming “I didn’t know he…. I didn’t realize.”  There are families perusing the work. There’s a cake. There are TV cameras. There’s a young woman playing a guitar, adding to the ambience. But, most importantly, there are artists and their art.

The Centre’s Visual Arts programs will begin again this September at the Nina Haggerty. Fun with Art (ages 7 to 12), Exploring Art (ages 13 to 17), and Creative Expressions (ages 18 to 29) each will have three sessions in 2016-17: September 10 to December 3; January 14 to April 8; and April 22 to June 24. All individuals with Autism are welcome, regardless of the impact of their diagnosis. 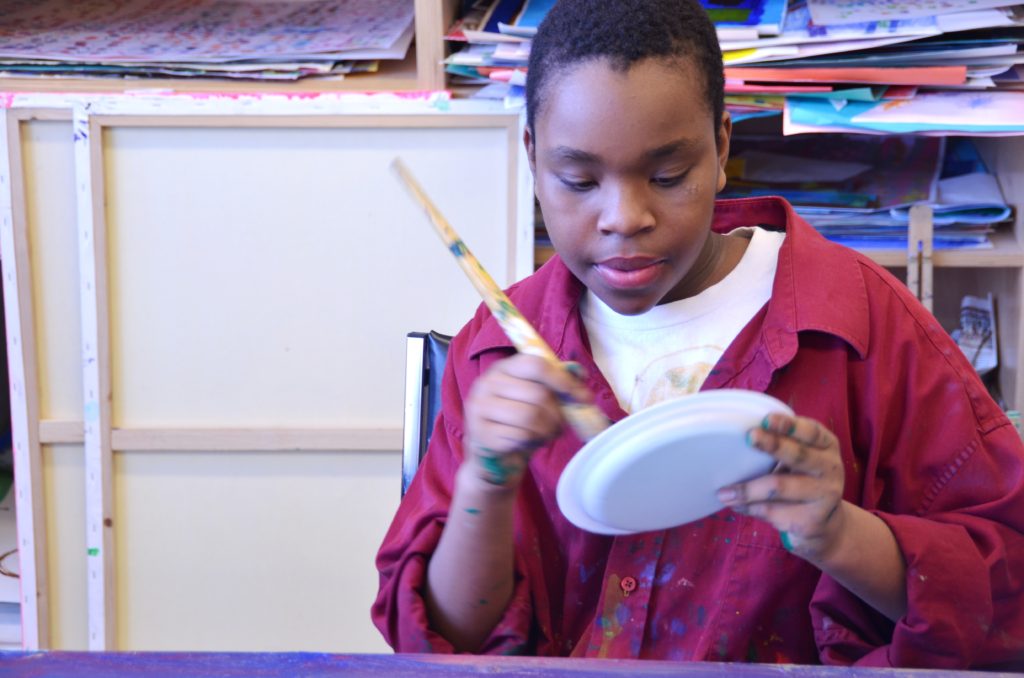 For more information or to register for Visual Arts or any of our enrichment programs, please contact: Gail Stanford, Community and Family Services Coordinator, Centre for Autism Services Alberta