Leona Clawson was born in Winnipeg in 1947 and moved to Edmonton with her family at the age of 9. She credits her mother, an art teacher, with cultivating her early interest in art. Initially a way to relax, art has become Leona’s career and an important part of her identity. When she began at the Nina, Leona worked mainly in acrylic paint. In recent years, she has experimented with large sculptural projects, and now spends most of her time in the Fibre Studio making tapestries.

In 2004, Leona was a key participant in a project about human rights and had her work featured in an exhibition, published book, and documentary film. The highlight for her was an invitation to travel to Rideau Hall in Ottawa where she met with His Excellency John Ralston Saul.

Leona was 2016’s Stantec Artist of the Year. Her installation, Woooodland, was featured in several venues including the University of Alberta and Grande Prairie, Alberta. 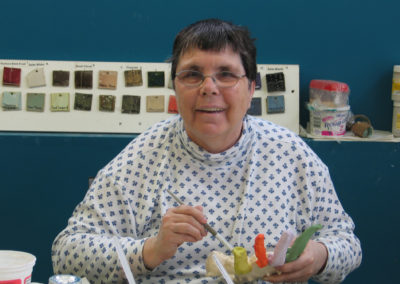 Leona Clawson in the ceramics studio 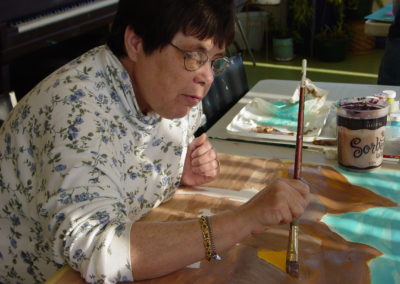 Leona Clawson in the painting studio 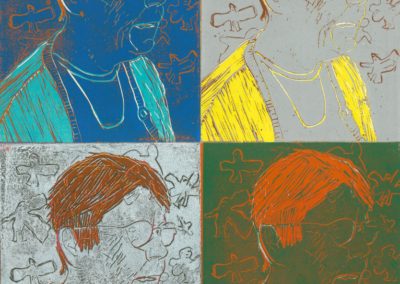 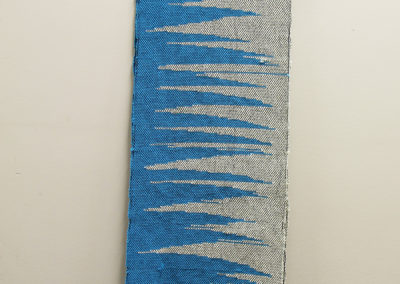